Are there specific reasons for the tourist boom in Bologna? The answer is simple: Bologna is beautiful, it just needed to be known. This is why in recent years its squares and restaurants have been filled, maybe crowded, with tourists from all over the world.

Bologna, in Emilia Romagna, is a truly unmissable city: among the many attractions, what differentiates it from other cities are arcades (53 km) and towers. Garisenda Tower and Asinelli Tower are unquestionably the symbolic monuments of the city. However, it is enough to walk in the historic center to realize that they are not the only towers still visible, with a careful eye you can still count 22!

PIAZZA MAGGIORE AND ITS MONUMENTS

Piazza Maggiore is the main meeting place of the Bolognese people: on the right you can admire the Fountain of Neptune, one of the symbols of the city, the work of the sculptor Giambologna. Some important historic buildings overlook the square: Palazzo d’Accursio or Comunale, Palazzo dei Banchi and, in the center, Palazzo del Podestà.

Basilica of San Petronio is the most important church in Bologna and one of the largest in the world! But don’t stop outside: a visit inside is a must, if only to admire the longest solar Merdiana in the world (almost 68 m)! The Archiginnasio Palace was built between 1562 and 1563 at the behest of Cardinal Carlo Borromeo, with the aim of bringing together university teaching, the oldest in the Western world, in a single location. The biggest surprise comes upon entering the building, where walls, ceilings and stairways are elegantly frescoed: you can’t stop admiring them. Another highlight of the Archiginnasio Palace is the Anatomical Theater, designed in 1637 and built in fir wood. It was used for anatomy lessons. 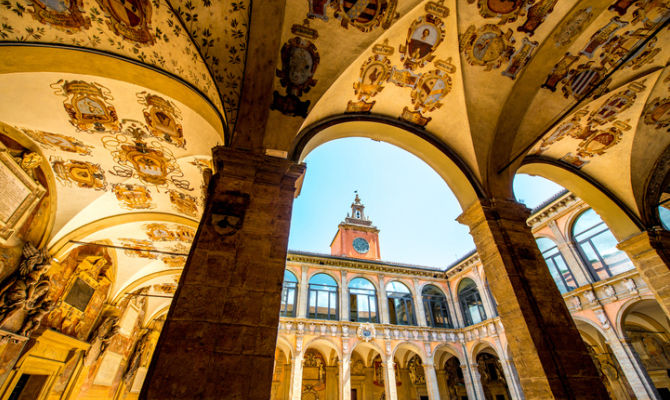 Santo Stefano Basilica is one of the most interesting buildings in the city. In reality it is a complex of several buildings, also known as Seven Churches. The long history inherent in the building leaves you speechless, not to mention the Benedictine cloister where Dante Alighieri, a guest at the Bolognese studio, went to write the Divine Comedy.

Even if anyone knows it, Bologna is equipped with canals that wind between the houses. Most are hidden by the houses except for a few points, including the most characteristic one: the window in via Piella. At number 16 on this street, there is a small opening in the orange wall. Those who don’t know could go completely unnoticed, but if you open the window you will find yourself in front of a picturesque corner, from which you can admire the water of the canal overlooked by colorful houses with balconies decorated with flowers and particular objects. Thanks to this postcard view, we speak of “Little Venice”.

The tourists boom in Bologna can also be seen under the arcades leading to the Sanctuary of the Madonna di San Luca! It dominates Bologna from the Guardia hill at a height of about 600 meters! Until a few years ago it was possible to reach the Basilica of San Luca comfortably by cable car. Inaugurated in 1931, it worked until 1967 when it stopped for “temporary maintenance work” but in reality it never reopened. Today, if you want to reach the Basilica (an absolutely recommended experience) you can do it on foot or with a special train. If you decide to take the walk under the arcades which lasts about 40 minutes, you will realize that the road leading to San Luca is, for the Bolognese, a sort of outdoor gym in which to train body and spirit. 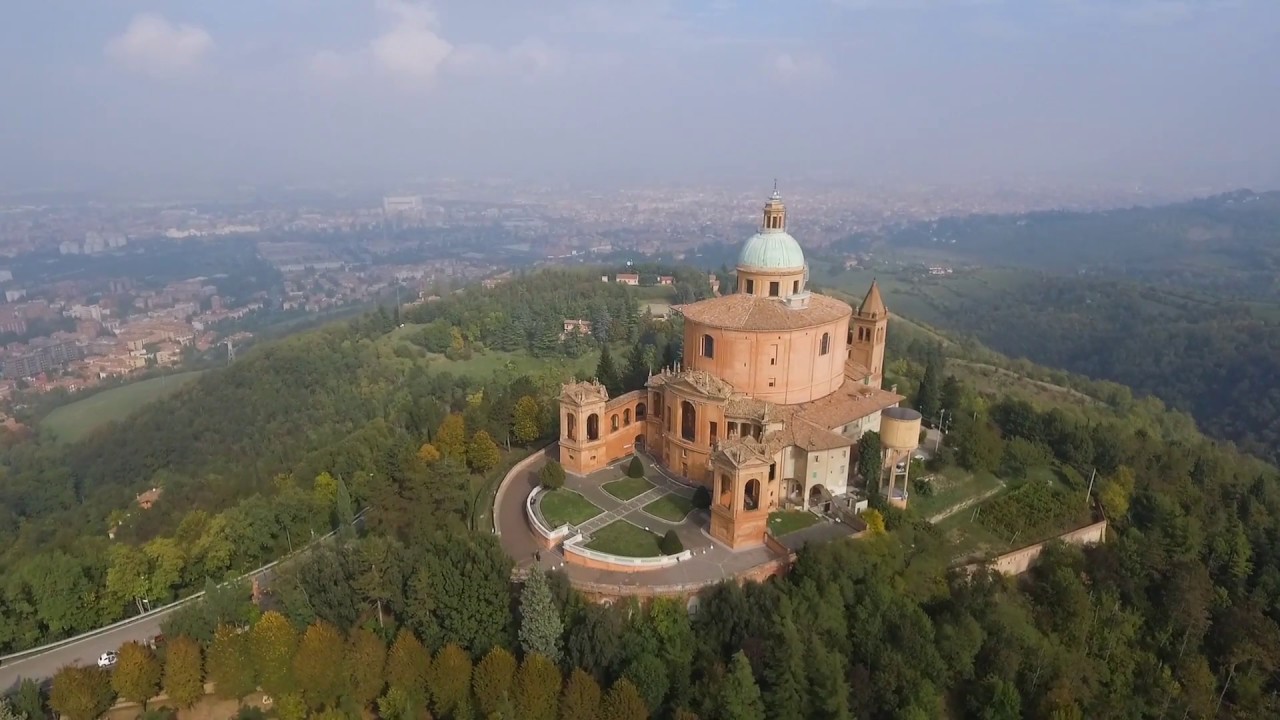 After a nice walk to San Luca, you won’t feel guilty about tackling all the culinary wonders that the Bolognese tradition has to offer! In fact, one side of Bologna that leaves you speechless are its typical products. A few examples? Tagliatelle with meat sauce, tortellini in broth, lasagna, tigelle and Mortadella Bologna IGP!

VISIT BOLOGNA WITH US

Have we convinced you to come and visit us in Bologna? Do you want to participate in this tourist boom in Bologna too? Discover all our tours, organized by Bolognese who want to show their beloved city to the world!

On the corner of via Drapperie with via Orefici, a stop is a must to take a photo of the attraction of […]

They are the most famous Italian dish in the world, although in reality they do not exist. The “spaghetti bolognese” that is […]

Modena Balsamic Vinegar is a unique product that boasts appreciation from all over the world, but perhaps you have wondered how much […]

Christmas in Bologna is wonderful! The city is dressed in colorful decorations and sparkling lights. The music and the scent of Christmas […]